The release date for How to Build... Everything season 2 — Pending

This article has the most up-to-date info on the status of How to Build... Everything season 2 as we continuously monitor the news to keep you in the know. Science Channel is yet to make a decision on its future. Subscribe to our automatic updates below. 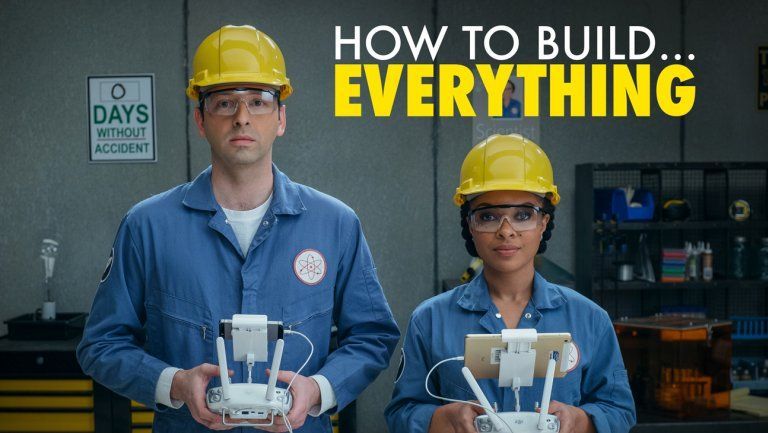 How to Build… Everything is a brand new Science docu-series that debuted on June 22, 2016. Produced by Citizen Jones, executive produced by Jonah Bekhor, Jonas Bell Pasht, Wyatt Channell and David Wechter, and co-executive produced by Tom Kramer, the series is styled as an instruction manual. It serves as a step-by-step guide to the most amazing high-tech modern inventions. What do you know about a robotic cow milking machine? Nothing? Well, worry not, you`ll know all there is to know, and more. Apache helicopters, satellite dishes, tanning beds, cruise ships… There are three machines detailed per episode by a brilliant cast of industry experts and scientists. The cast features doctor Keller Wortham, tech expert and futurist Veronica Belmont, inventor Eric Gradman, race car driver Jessi Combs, airplane mechanic Alonzo Bodden, and many other brilliant people with knowledge in different fields.

The series has premiered to 0.385 million viewers and a 0.1 rating in the 18-49 demographic, with viewership subsequently decreasing to 0.3 million viewers. How to Build… Everything has a 7.3/10 IMDb rating and is certainly a compelling and (almost) hands-on introduction to the world of hi-tech. The awesome cast gives great commentary and the old-fashioned laboratory does hands-on testing of the aggregates and demonstrates a number of scientific principles to the viewers. The show seems to be popular enough to be continued, but no decision has been announced by Science, so stay tuned for the latest news.

Subscribe to receive news and updates when a show is renewed or canceled. You will receive an automatic email when theHow to Build... Everything season 2 Episode 1 release date is officially announced.

Share this with friends:
ReleaseDate.show » Release » Science Channel is yet to renew How to Build... Everything for season 2
Related Serial
When Will