This article has the most up-to-date info on the status of The Middle Season 8 as we continuously monitor the news to keep you in the know. ABC has scheduled the premiere date for a new season for October 11, 2016. 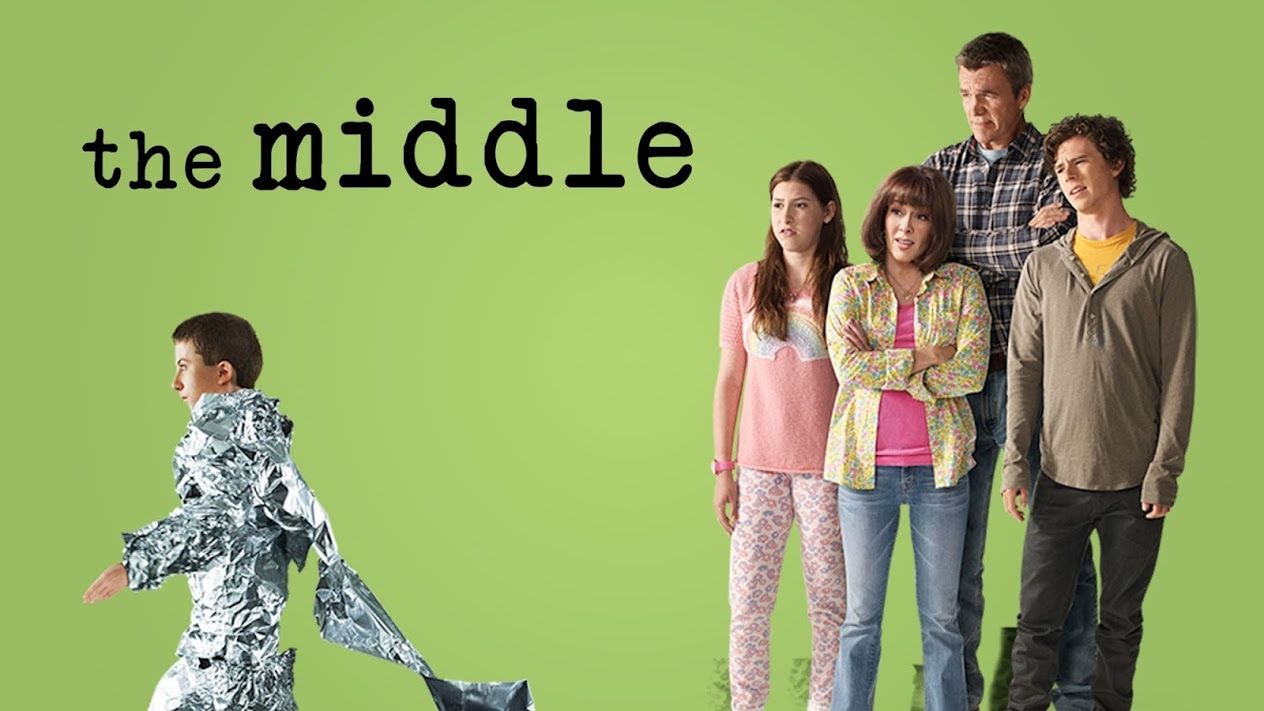 The Middle is an American comedy television series created by the former Roseanne and Murphy Brown writers Eileen Heisler and DeAnn Heline. The series follows a middle-class family in Indiana, with its daily struggles of managing work, home and raising children. It has received numerous award nominations in the 6 years that it has been on the air. Season 7 of the Middle premiered on ABC on September 25, 2015.

Devoted wife and mother, Frankie (Patricia Heaton), is a middle-class, middle-age, Midwestern American woman who is a true superhero of the 21st century. Her children are a popular, but under-motivated jock, Axl- a socially awkward but enthusiastic daughter, Sue- and an introverted and very intelligent youngest son, Brick. Frankie uses her sense of humor to steer her family through life’s ups and downs, at the same time tackling her career goals as a dental assistant and trying to get more affection out of her husband, Mike, who is the stabilizing influence of the family.

Since the show first aired in 2009 it has had a very stable viewer base of around 7 million. Its ratings, however, have dropped a bit since the first season, which doesn’t seem to have an effect on the producers’ enthusiasm. Although there has not been any news from ABC on the fate of the series, a well written comedy about a working-class family has always been popular in the US, and we expect to see The Middle Season 8 air again in the Fall of 2016.

The 24-episode seventh season of the ever-popular award-winning comedy series The Middle has ended on May 18, 2016, with a season finale that delivered 6.73 million US viewers, a 1.6 rating in the 18-49 demo and a strong audience share of 6. All of the Hecks are being more or less their usual selves in the season finale: Frankie is on a quest for justice, as she needs to reinstate Brick`s graduation performance after it has been cut from the program, Sue faces a choice – to make it to her summer job at Dollywood on time or be present at Brick`s graduation, while Axl works as a country club counselor and has to deal with a 10-year-old version of himself, complete with annoying manners. Fans will be happy to know that the Middle has already been renewed for a fifth season, most likely set to air this coming fall. ABC has also informed that The Middle will no longer air on Wednesday nights, where it`s become a staple since its second season, but will instead be moved to Tuesdays, where it`ll head a two-hour comedy block at 8/7c. We are all eagerly awaiting the return of the much-loved family comedy series.

UPDATED December 22, 2015: The first installment of ABC’s popular sitcom The Middle concluded airing on December 9th and the show went on a Christmas break. The remaining episodes of season 7 are scheduled to resume on the ABC channel in the US on January 6, 2016. With an average current viewership at more than 7.5 million viewers, the series will most likely get picked up for another run. Stay tuned.

UPDATED March 4, 2016: The ABC channel’s highly-rated and award-winning situational comedy series The Middle has been officially renewed for another season. The renewal announcement comes while the sitcom is broadcasting its seventh installment with an impressive average viewership of almost 7.6 million people per episode (only an insignificant 1.7% decline when compared to the previous installment). The early renewal will certainly give the creative team a much needed extra time to whip up some new and entertaining storylines for new episodes.

UPDATED July 7, 2016: Season eight premiere date has been set for ABC`s long-running hit comedy series The Middle. It will be back on the small screen on Tuesday, October 11, 2016 at 8/7c with more of its unique down-to-earth humor and relatable family situations. The series` ratings have remained high throughout its run, with the season seven finale scoring a solid 6.73 million viewers. In the upcoming season the popular series will be moved to Tuesday nights from its staple time slot on Wednesdays. Sign up for our automatic updates and receive a reminder of The Middle season 8 premiere one day in advance.