This article has the most up-to-date info on the status of Vice season 5 as we continuously monitor the news to keep you in the know. HBO is yet to make a decision on its future. Subscribe to our automatic updates below. 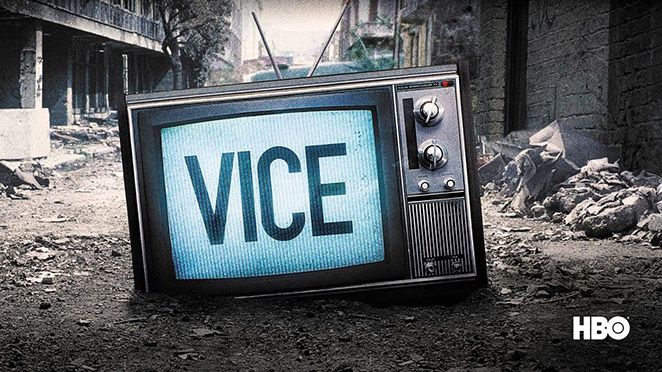 Vice is an acclaimed documentary television series airing on HBO since 2013. It is created and hosted by Shane Smith, and executive produced by Bill Maher, Shane Smith, Eddy Moretti and BJ Levin. The current fourth season of Vice premiered on February 5, 2016. The series is available on other platforms, such as HBO NOW, HBO GO and HBO On Demand.

Vice follows journalists and segment hosts on their international travels as they interview a wide variety of people on an even wider variety of issues. The topics have included child suicide bombers, politically motivated assassinations, one-child policy in China and other poignant and controversial topics. The program has a unique format and provocative presentation that uses an immersion documentary style. It features some truly graphic raw imagery and extreme subject matter combined with top-notch reporting and filmmaking skills. The fourth season explores such poignant themes as Boko Haram, gene-editing methods, Syrian refugees, euthanasia, and ISIS, among others.

Critical reception and possibility of renewal

The series enjoys universal acclaim, with a 2014 Primetime Emmy Award for Outstanding Informational Series or Special and excellent ratings on the review aggregator websites – 8.9/10 on IMDb and 95% on Rotten Tomatoes. The last completed third season of Vice was the most watched chapter of the show and averaged 3 million viewers in 2015. The fantastic ratings, spectacular reviews and the superior quality of this eye-opening series clearly make it a sure candidate for a renewal.

The 18-episode fourth season of HBO`s groundbreaking and award-winning documentary series Vice has wrapped up on July 1, 2016. The program is famous for its exploration of a wild range of topics – some controversial, some amusing, some on the cutting edge of scientific research or the making of history. The season finale covered two topics – the ongoing preparations for a Mars expedition, which seemed like a far-fetched sci-fi dream not too long ago, and, on the other hand – the operations of the notorious Guantanamo Bay prison in Cuba. In a very welcome move HBO has renewed Vice through 2018, with the episode order increased to 35 episodes per year. It`s truly wonderful to have a place where top quality journalism and the amazing scope of subject matter can come together in a state-of-the-art manner. Stay tuned for the release date of the next compelling season.

Subscribe to receive news and updates when a show is renewed or canceled. You will receive an automatic email when theVice season 5 Episode 1 release date is officially announced.

Share this with friends:
ReleaseDate.show » Release » HBO is yet to renew Vice for season 5
Related Serial
When Will

The release date for Veep season 6 — PendingThis article has the most up-to-date info on the status of Veep season 6 as we continuously monitor the news to keep you in the know. HBO has officially renewed the series for another season. To get…

Viceland is yet to renew Fuck, That`s Delicious for season 3