The release date for Ride With Norman Reedus season 2 — Pending

This article has the most up-to-date info on the status of Ride With Norman Reedus season 2 as we continuously monitor the news to keep you in the know. AMC is yet to make a decision on its future. Subscribe to our automatic updates below. 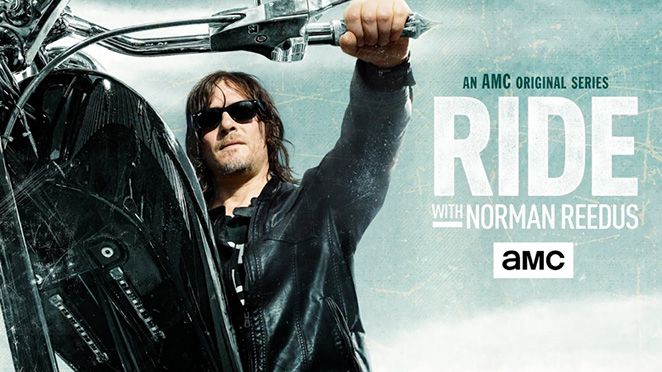 Ride with Norman Reedus is a US travel documentary / reality series that`s been airing on AMC since June 12, 2016. It stars The Walking Dead star Norman Reedus and is executive produced by Ken Druckerman, Banks Tarver, Norman Reedus and Anneka Jones. The show hails from Left/Right Productions and AMC Studios.

Besides being a television star Reedus is a long-time motorcycle enthusiast, and the program features him traveling to a different destination in the United States in each episode along with a guest of the week. They explore each city`s biker-related subculture and visit various related local establishments. The most committed collectors, best-skilled mechanics and top-notch craftsmen come into the spotlight of this exciting and dynamic program.

Norman Reedus`s guest list this season includes Imogen Lethonen, Balthazar Getty, Lana Del Rey, Patrick Hoelck, Robert Rodriguez and Peter Fonda. The places visited are California`s Pacific Coast Highway, Death Valley, Appalachia, Texas, Louisiana, and The Keys. The season premiere drew an audience of 0.75 million viewers, and it averaged 0.55 million for the two subsequent episodes. Time will tell whether Norman Reedus` popularity will be able to support the show`s viewership ratings through the whole freshman season and carry it over into the next chapter. It very well may, if the show doesn`t run out of steam, and the production team – of ideas. Stay tuned and we will be sure to keep you informed of the show`s future.

Subscribe to receive news and updates when a show is renewed or canceled. You will receive an automatic email when theRide With Norman Reedus season 2 Episode 1 release date is officially announced.

Share this with friends:
ReleaseDate.show » Release » AMC is yet to renew Ride With Norman Reedus for season 2
Related Serial
When Will

CBC is yet to renew The Romeo Section for season 3