This article has the most up-to-date info on the status of FantomWorks season 5 as we continuously monitor the news to keep you in the know. Velocity is yet to make a decision on its future. Subscribe to our automatic updates below. 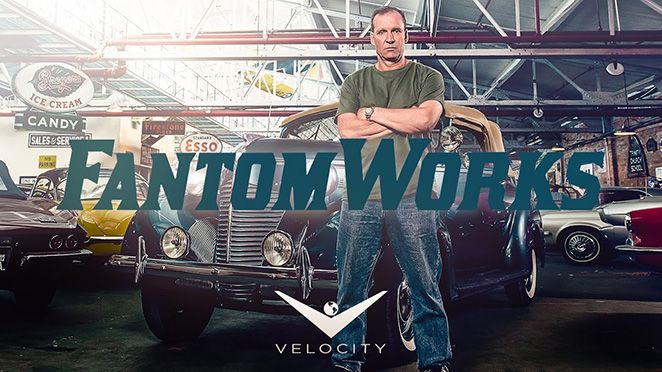 FantomWorks is one in the automobile-related series lineup on Velocity. It premiered on June 1, 2016. The show is produced by New Dominion Pictures and executive produced by Tim Prokop and Nicholas Valcour, with Steve Jones and Bill Evashwick co-executive producing.

Dan Short, a former test pilot, is the owner of FantomWorks, a car restoration shop in Norfolk, Virginia. He, his wife Melissa and his numerous professional crew members are in the spotlight of the show. Dan is so passionate about cars that, as one of the reviewers who happened to have some work done by him on her car, if forced to choose between you and your car, he`d choose the car every time.

The reviews are contradictory – on one hand, the majority of them are extremely positive, praising the believable fee of the program, the tangible passion for the work they are doing at FantomWorks, and some of these reviewers are also in the car restoration, so their voices have got to count for something… until you read the reviews of other car restoration specialists who claim that the professional level of the work being done in the shop is not that high. Although when discussions like the one above are taking place, it means that both sides are watching the show – and that`s exactly what popularity means. The show premiered to 325,000 viewers and a 0.1 demo rating, and scored 294,000 viewers and a 0.07 rating for the most recent third episode. The viewership numbers are more or less on par with the previous seasons and we might very well see another installment of FantomWorks in the future. Stay tuned and don`t miss the renewal announcement.

Subscribe to receive news and updates when a show is renewed or canceled. You will receive an automatic email when theFantomWorks season 5 Episode 1 release date is officially announced.

Share this with friends:
ReleaseDate.show » Release » Velocity is yet to renew FantomWorks for season 5
Related Serial
When Will