This article has the most up-to-date info on the status of Keeping Canada Alive Season 2 as we continuously monitor the news to keep you in the know. CBC is yet to make a decision on its future. Subscribe to our automatic updates below. 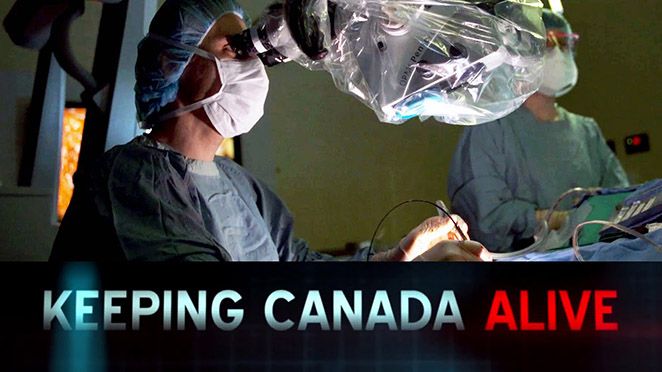 Keeping Canada Alive is a new Canadian documentary TV series narrated by Kiefer Sutherland. The six episode series chronicles Canada’s health care system as the crew goes into busy hospitals and medical facilities in 24 cities across the country. Season one debuted on CBC Television on October 4, 2015.

Filmed by more than 60 camera crews in a span of 24 hours, Keeping Canada Alive follows patients, their families and healthcare providers at hospitals, clinics, doctor’s offices and in-home services, to give viewers a powerful snapshot of what the country’s healthcare system really looks like in a single day. The series reveals that on an average day in Canada 700 people die and another 1,000 are born — but for those who are in-between and suffering from ailments, life can be quite difficult. The series premiere featured the story of a 3-month old from Vancouver who underwent open heart surgery to help fix a hole in his heart. Viewers also met Sheila, a woman who is taking care of her husband who suffers from Alzheimer’s.

Initial reviews have been quite positive, but it’s still way too early to tell whether CBC will pick up Keeping Canada Alive for season 2. Ratings will be the ultimately determinant, so fans will need to stay tuned to find out whether the network will keep the series alive for another season.

Subscribe to receive news and updates when a show is renewed or canceled. You will receive an automatic email when theKeeping Canada Alive Season 2 Episode 1 release date is officially announced.

Share this with friends:
ReleaseDate.show » Release » CBC is yet to renew Keeping Canada Alive for Season 2
Related Serial
When Will

Discovery Channel is yet to renew Still Alive for season 2