This article has the most up-to-date info on the status of Jane the Virgin season 3 as we continuously monitor the news to keep you in the know. The CW has scheduled the premiere date for a new season for October 17, 2016. 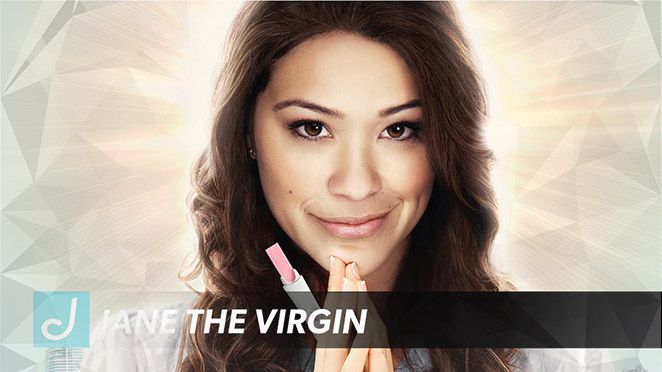 Jane the Virgin is an award-winning American romantic comedy and satire TV show that is loosely adapted from a Venezuelan soap opera Juana la Virgen. It was developed by Jenny Snyder Urman for The CW network, and produced by Poppy Productions, RCTV International, Electus, Warner Bros. Television and CBS Television Studios. It premiered on October 13, 2014 and has been running for two seasons.

The plot focuses on the consequences of the unpredictable turn that the life of Jane Villanueva (Gina Rodriguez), took one day at a doctor`s checkup. Jane, a grown-up daughter of a teenage mother, is a diligent and religious young woman who was artificially inseminated by mistake. The donor is Rafael Solano (Justin Baldoni) – her former teenage crush, and, concurrently, the married owner of the hotel where she works. As she struggles to find the best way to share the unexpected news with her family and develops feelings for Rafael (feelings that later become mutual), we grow attached to the humor, the vivid characters, the unlikely twists and turns that the plot takes. Deemed the biggest surprise of the season, Jane the Virgin is popular with several audience groups.

This funny, romantic, sincere, dramatic series with an excellent cast and a storyline packed with events has enjoyed across-the-board critical acclaim, lots of praise from the viewers and many awards including the Golden Globe, Peabody and People`s Choice. Although there hasn`t been an official announcement on the next season, there`s a very high chance of Jane the Virgin`s renewal.

The family drama series concluded its 22-episode sophomore run in the US on Monday, May 16, 2016 with just a little under 1 million viewers, bringing the average viewership for the second season to 0.966 million fans. Although it is a meaningful decrease of 20% when compared to the debut chapter of the show, The CW has already expressed it confidence in the series’ future by renewing it for another round. A second chapter of the drama series finished with a wedding – Michael and Jane got hitched – and many fans considered the scene with Mike saying his vows in Spanish to be the most romantic moment on the show so far. Seeing the mother of his child genuinely happy, Rafael made a decision to keep his feelings to himself. It will be interesting to see how this love triangle works out when season 3 of Jane the Virgin hits the small screen.

Updated December 13, 2015: Jane the Virgin is going on a Christmas break for a month after its eighth episode, set to air on December 14, 2015. The all new episodes will begin broadcasting on January 25, 2016 at 9pm ET/PT on The CW network. The series` ratings have declined by 15% to just over a million viewers when compared season-to-season to the freshman run. Will the numbers pick up in the second part of the current season? Subscribe to our notifications and receive an automatic e-mail with the new information on either a renewal or a cancelation of the series.

Updated March 12, 2016: Following in the ABC network’s footsteps, The CW channel has also decided to give their producers and showrunners a much needed relief and in a surprise announcement yesterday revealed the bulk renewal of most of its currently airing primetime scripted shows. Most of the greenlit series are the network’s superhero, action and supernatural dramas, but a few comedies got the green light as well. The widely critically acclaimed and Golden Globe-winning dramedy Jane the Virgin, which is at the moment in its second installment, has been officially renewed for another season. The early renewal was not easily predicted since the show’s ratings have been sliding down in the past months: the second season of the comedy series is delivering just below 1 million viewers on average, which is 17% less than the debut run.

UPDATED June 18, 2016: As The CW has unveiled its complete fall lineup schedule, the third season of romantic telenovela Jane the Virgin has also had its release date confirmed. The critically acclaimed comedy will return to the small screen on Monday, October 17, 2016 at 9pm. The main cliffhanger from season 2 finale remains – will Michael survive being shot by his partner Susanna, aka evil mastermind Sin Rosetro? Sign up for our updates and receive an automatic reminder of the premiere date of Jane the Virgin season 3.

Share this with friends:
ReleaseDate.show » Release » The CW scheduled Jane the Virgin season 3 premiere date
Related Serial
When Will