This article has the most up-to-date info on the status of Nick Cannon Presents: Wild `N Out Season 8 as we continuously monitor the news to keep you in the know. MTV has scheduled the premiere date for a new season for August 04, 2016. 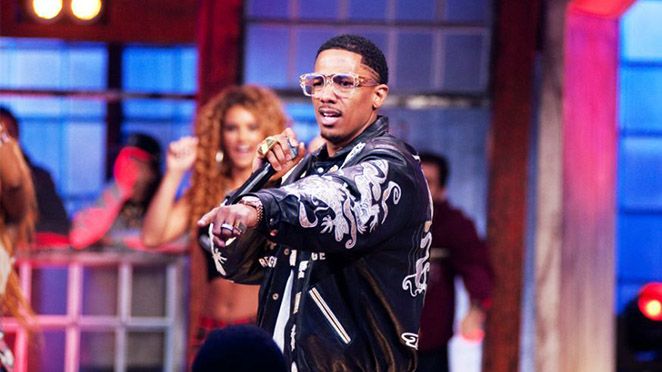 Created and hosted by comedian Nick Cannon, Nick Cannon Presents: Wet ‘N Out is an American comedy improvisation TV series that is targeted to search for up-and-coming stars in the standup comedy field. The show originally premiered in July of 2005 and was put on hold in 2007. In 2012 MTV2 announced that it will be renewing Wild ‘N Out, bringing back stars of the previous seasons, as well as new participants. Season 7 of the series premiered on MTV2 on June 10, 2015.

In this show, Nick Cannon puts two teams of comedians, who are captained by him and a guest celebrity, to battle against each other in an improv hip-hop comedy act. The teams are the Platinum Squad and the Black Squad, which battle each other for four rounds, with the final round set to deliver a punch line in a freestyle rap genre. The competition also includes a musical performance by the guest celebrity.

This series has given rise to such famous comedians as Kevin Hart and Katt Williams, and is an inspiration for many to begin their careers. With decent ratings and that competitive streak, it is sure to stay on the air past the current season. Although no news has been released from MTV2 on the future of the show, we hope that the network will pick up Nick Cannon Presents: Wild ’N Out for season 8 and we will see the comedic bloodshed continue.

Updated March 4, 2016: Even though there hasn`t yet been an official announcement of a renewal, Nick Cannon did declare that his television series, Nick Cannon Presents: Wild`N Out has been renewed for the 8th season in his official Twitter account. His statement comes as a reaction to Stevie J`s crude jokes about Mariah Carey on the Wildstyle section of the series. Cannon decided to retaliate and expressed his gratitude to the offender for providing his show with extra publicity. We are still waiting for an official announcement from the network, so please sign up for our automatic notifications in order to receive the latest news on the future of Nick Cannon Presents: Wild`N Out.

UPDATED June 10, 2016: MTV2`s top-rated series ever, Nick Cannon Presents: Wild N`Out is rolling back triumphantly this summer. The show is moved back to MTV with an eighth season after three record-breaking seasons on MTV2. The upcoming season will kick off on August 4, 2016 at 10pm ET/PT. The stellar line-up of guest captains and performers for the eighth season includes Iggy Azalea, Timbaland, Travis Scott, Keke Palmer, Tyga, Kehiani, Erykah Badu and many others. Sign up for our automatic updates, and we`ll be sure to remind you of the improvisational comedy series` premiere date one day in advance.