This article has the most up-to-date info on the status of Douglas Family Gold season 2 as we continuously monitor the news to keep you in the know. Oxygen is yet to make a decision on its future. Subscribe to our automatic updates below. 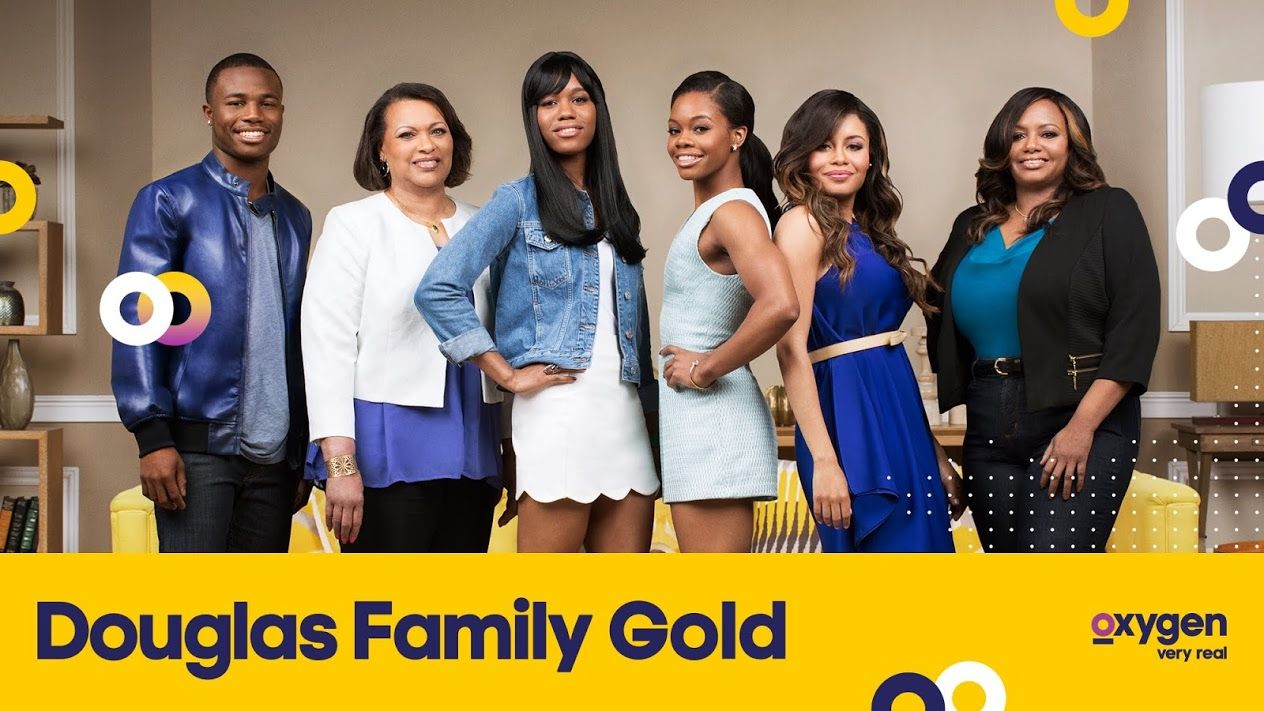 A brand new reality TV series airing on Oxygen, Douglas Family Gold has premiered on May 25, 2016. The series hails from WV Enterprises and Lionsgate Television and is executive produced by Wilmer Valderrama, Jessica Acevedo, and Nathalie Hawkins.

Gabby Douglas is a 2012 all-around Olympic gymnastics champion, and she and her family are at the focus of the series. This motivated and inspirational family that works together as a team, headed by matriarch Nathalie Hawkins, also includes Gabby`s sisters Arielle and Joyelle, brother Jonathan and grandma Ms. Carolyn Ford. At 16 Gabby amazed the world when she became the first African American ever to win the individual all-around gold and the USA team at the summer Olympics in 2012. Now she has turned 20, and has been away from sports for a couple of years, so it`ll take an iron will, lots of tireless training, self-confidence and her loving and tight-knit family`s support.

The series has premiered will a modest viewership of 132,000, and picked up a bit to 168,000 viewers for the second episode. It has a 0.1 rating in the 18-49 demographic, and enjoys positive reviews, with viewers praising the commitment and support that the family is providing for Gabby. Douglas Family Gold follows her as she has to try out for the national Olympic team once again, to participate in the second Olympic Games in her life, and hopefully be as successful as the last time, or perhaps even surpass herself. No announcements have come from the network yet regarding either a renewal or a cancelation of the program, so stay tuned and we`ll be sure to keep you informed of any relevant developments.

Subscribe to receive news and updates when a show is renewed or canceled. You will receive an automatic email when theDouglas Family Gold season 2 Episode 1 release date is officially announced.

Share this with friends:
ReleaseDate.show » Release » Oxygen is yet to renew Douglas Family Gold for season 2
Related Serial
When Will

Family Channel is yet to renew Raising Expectations for season 2