This article has the most up-to-date info on the status of Salvage Dawgs season 6 as we continuously monitor the news to keep you in the know. DIY has scheduled the premiere date for a new season for July 31, 2016. 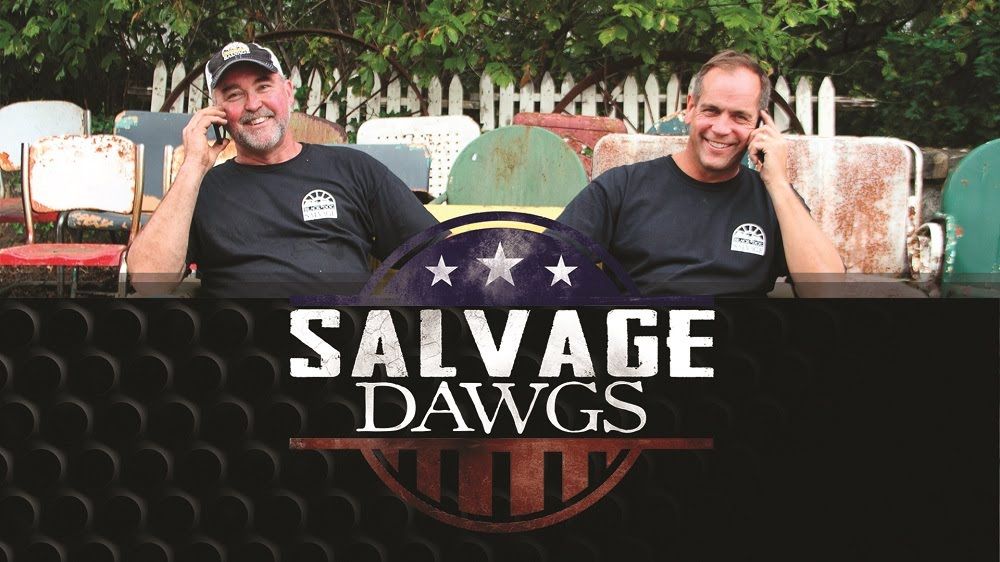 Salvage Dawgs is a compelling US reality series that portrays the operations of Black Dog Salvage, an architectural salvage business that operates out of Virginia, and throughout the country. The program hails from Trailblazer Studios and Figure Films and is executive produced by Kirk Streb, Brenna Eckerson, Bill Hayes, Beth Glover and Jeff Lanter. The show originally premiered on DIY in 2012, and the fifth season began airing on February 28, 2016.

Robert Kulp, a former Navy officer with a degree in building construction, and Mike Whiteside, a yacht captain in the past, are the co-owners of one of the most successful architectural salvage firms in the USA. Their business is to extract and reuse historical architectural details from the properties set to be demolished. These beautiful artifacts include doors, mantelpieces, stained glass, even floors – anything with a history that can be renovated and brought back to life in another setting.

Saving America`s history bit by bit and contributing to a sustainable future in their own segment, Black Dog Salvage is doing a great job both in reality and on television.The show has a 7.8/10 IMDb score, enjoys viewer and critical acclaim and has delivered high ratings throughout its 5-season run so far. Salvage Dawgs are currently averaging 0.4 million viewers per episode, which is a good number for DIY. No announcements have been made regarding the future of Salvage Dawgs, so please stay tuned and we`ll keep you informed.

UPDATED June 10, 2016: The architectural salvage-themed reality series Salvage Dawgs has been renewed for seasons 6&7 simultaneously on the heels of solid rating and good reviews that it`s been garnering over the last several chapters. The release date for seson 6 has already been confirmed, and the next exciting chapter is set to air on July 31, 2016 at 9pm. Season 5 has averaged approximately 400,000 viewers per episode, and attracted the viewers with its positive concept and realistic approach. Sign up for our automatic updates and don`t miss the sixth season premiere.