The release date for Off the Air season 7 — Pending

This article has the most up-to-date info on the status of Off the Air season 7 as we continuously monitor the news to keep you in the know. Adult Swim is yet to make a decision on its future. Subscribe to our automatic updates below. 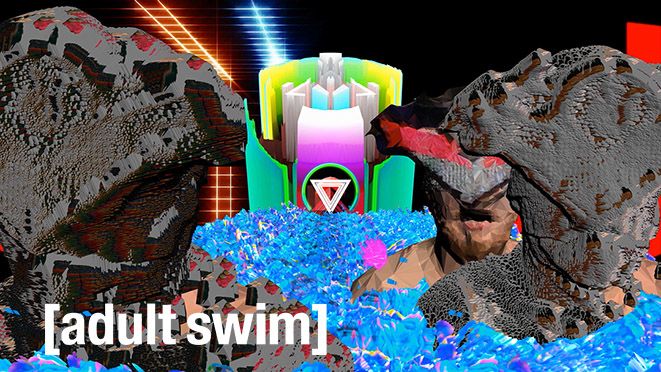 The episodes last approximately 10 minutes, and are comprised of a series of surreal clips, both animated and live-action, as well as clips from movies and TV series, original videos commissioned specifically for the show and abstract footage loops – basically any kind of visual material is game. Each of the episodes is loosely based around a theme that`s expressed in the title, such as Nature, Worship, Death, Hair, Nightmares and Light, among others. No narration is provided.

Off the Air airs at 4am, which is not exactly the top-rated time slot, and the episodes are spaced with several-month breaks between them, but in spite of these seemingly unfavorable circumstances several of its episodes have surpassed the mark of 1 million viewers. There is a cult following, and both critical and viewer reception of the show has been universally positive. It might seem like a bizarre concept, but the show is not trying too hard, and this type of visual experimentation is appreciated by the late-night crowd. No news regarding a future season have been announced yet, but it doesn`t seem like Off the Air is going anywhere, so stay tuned and we`ll keep you up on the most recent developments.

Subscribe to receive news and updates when a show is renewed or canceled. You will receive an automatic email when theOff the Air season 7 Episode 1 release date is officially announced.

Share this with friends:
ReleaseDate.show » Release » Adult Swim is yet to renew Off the Air for season 7
Related Serial
When Will