This article has the most up-to-date info on the status of Married at First Sight season 4 as we continuously monitor the news to keep you in the know. FYI has scheduled the premiere date for a new season for July 26, 2016. 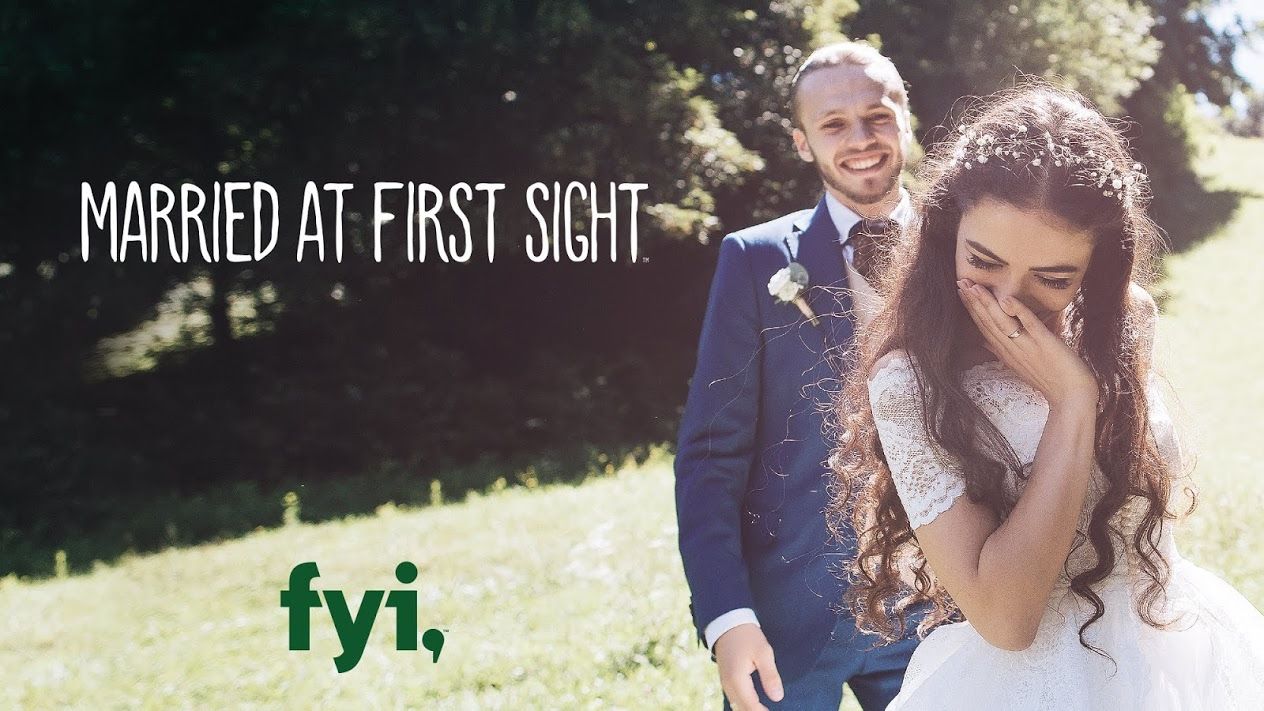 On December 1, 2015 a third set of three couples entered the experiment that lives by the rules of Married at First Sight, as the third season of the series aired on FYI and A&E simultaneously. The series follows the format of a Danish show with the same concept, and has been very popular internationally.

The premise is that complete strangers matched by professionals of various kinds (a sexologist, a psychologist, a sociologist and a spiritual advisor) agree to “blind marriage”. After a month of married life they decide whether they want to stay married or get divorced. As the last still married pair of the six couples from the first two seasons is finally getting a divorce, three more pairs of soon-to-be newlyweds are marching onto the stage with an optimistic outlook. The second season was set in New York, and this time all the singles hail from the Atlanta area.

Married at First Sight is entertaining to an extent – to the same extent as looking into a peephole is. There is a difference, of course, in that the people on the show obviously wanted this exposure to the public eye and are doing it of their own free will and in their right mind… but are they? Obviously, there are all kinds of entertainment available, and apparently this popular series has found a curious audience that is willing to follow its somewhat unnatural concept. The numbers are good, with an average of over 1.3 million viewers for the latest episodes, and it seems like we`ll be seeing more of these forced attempts to find love. Who knows, statistically speaking, it should work for someone at some point.

Updated March 10, 2016: Along with the news of FYI renewing the its controversial series Married at First Sight for the fourth season comes an overhaul of the expert panel of the show. Two of the four experts (psychologist Dr. Cilona and sexologist Dr. Levkoff) confirmed on Twitter that they will not return for the next season. The casting for prospective newlyweds will be moved yet again, from Atlanta to Miami in search of “brave singles” who are searching for that special someone in this strange way. Meanwhile, the last season three couple that remained married still, Tres Russell and Vanessa Nelson, announced their breakup a few days ago. Will season 4 couples be any luckier?

UPDATED June 9, 2016: Are you ready for more strangers getting hitched right in front of your eyes? You better be, because the fourth season of Married at First Sight, FYI`s top-rated provocative docu-series is getting closer, set to air in midsummer, on Tuesday, July 26, 2016 at 9pm ET/PT. Over 30,000 applications were received for the casting process, but only 6 singles were matched up by relationship advisors. This upcoming season will feature men and women from the Miami area and will see two new experts on the advisor crew – Rachel DeAlto, a specialist in relationships and interpersonal communication and Pastor Calvin Robertson, an experienced marriage counselor. How many couples will manage to form a real bond? Tune in and find out, and don`t forget to sign up for our automatic updates so that we can remind you of the release date one day in advance.