This article has the most up-to-date info on the status of The Great British Sewing Bee Series 5 as we continuously monitor the news to keep you in the know. BBC Two is yet to make a decision on its future. Subscribe to our automatic updates below. 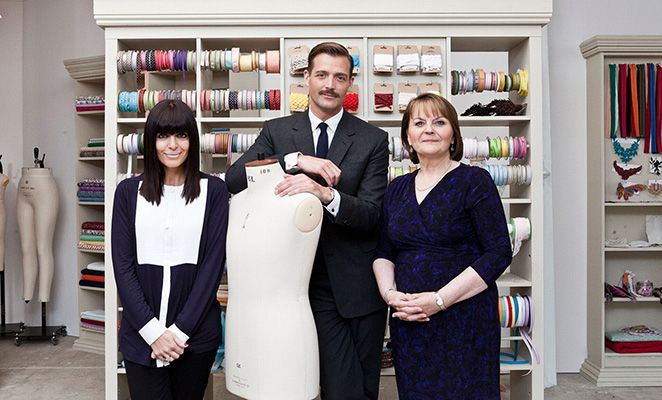 A popular reality competition series, The Great British Sewing Bee has been broadcast on BBC Two since 2013. It`s executive produced by Anna Beattie, produced by Love Productions and presented by Claudia Winkleman. May Martin used to serve as one of the judges, but Patrick Grant and Esme Young presently act as judges on the competition show. The program`s current fourth series has debuted on May 17, 2016.

British craftiest amateur sewers take to the sewing machines to compete for the honor of being named “Britain`s best home sewer”. The first series consisted of four episodes and thereafter received extended orders of eight episodes per season. There are challenges of all sorts – construction, pattern-making, made-to-measure, alterations, and contestants are eliminated every week.

The current season of The Great British Sewing Bee has already included items like a maternity dress, cape, babygrow, a woman`s top and a skirt made in the first two episodes. The show has jumpstarted many careers and furthered some more. It is inspiring, fun and exciting, and promotes interest in sewing in the audience. The fourth series has premiered to an audience of 3.26 million viewers, and ranked #2 on BBC Two`s weekly roster. It has not been renewed for another series yet, but has very good chances of going further, so please stay tuned for relevant announcements.

Subscribe to receive news and updates when a show is renewed or canceled. You will receive an automatic email when theThe Great British Sewing Bee Series 5 Episode 1 release date is officially announced.

Share this with friends:
ReleaseDate.show » Release » BBC Two is yet to renew The Great British Sewing Bee for series 5
Related Serial
When Will