This article has the most up-to-date info on the status of NASA`s Unexplained Files season 5 as we continuously monitor the news to keep you in the know. Science Channel is yet to make a decision on its future. Subscribe to our automatic updates below. 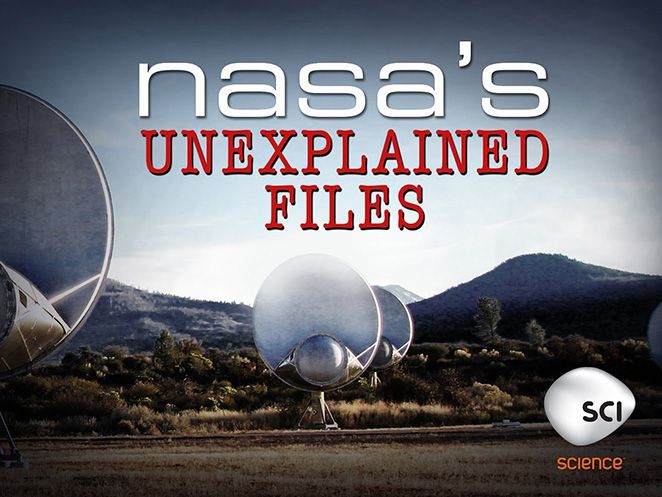 NASA`s Unexplained Files is a paranormal research / documentary television series airing on the Science Channel since 2012. The series is produced by Wag TV, narrated by Richard Lintern and Erik Dellums and executive produced by Wyatt Channell, Greg Chivers and Martin Durkin. After a rather long hiatus a third season came out on February 21, 2016 with 8 episodes, and the current fourth installment premiered on May 17, 2016.

The program explores a variety of mysterious paranormal occurrences connected to space exploration and objects of a possible space origin appearing over Earth. The incidents discussed include UFO sightings, landing on the Moon, classified space shuttle missions, nuclear explosion on Jupiter. Interviews with astronauts who have witnessed unusual occurrences first-hand and scientists voicing their versions of the reasons behind them. The explanations offered are often a bit far-fetched and overdramatized, involving conspiracies on the part of government organizations, alien interference and other things that can not be either confirmed or denied. It`s just a matter of faith.

Mixed reviews and possibilities of renewal

Season 4 of NASA`s Unexplained Files wa released on the Science channel on May 17, 2016 and it is expected to contain 8 episodes. The series has received mixed reviews and has a 6.5/10 IMDb score. It is said to be enlightening and entertaining for the UFO fans, as well as the skeptically disposed. Whether or not NASA`s files contain these inexplicable mysteries and whether they are indeed truly inexplicable, or the mystery is blown out of proportion – well, that depends on your attitude to the genre. Stay tuned for updates on the fate of the series.

Subscribe to receive news and updates when a show is renewed or canceled. You will receive an automatic email when theNASA`s Unexplained Files season 5 Episode 1 release date is officially announced.

Share this with friends:
ReleaseDate.show » Release » Science Channel is yet to renew NASA`s Unexplained Files for season 5
Related Serial
When Will