This article has the most up-to-date info on the status of Braxton Family Values season 6 as we continuously monitor the news to keep you in the know. WE tv is yet to make a decision on its future. Subscribe to our automatic updates below. 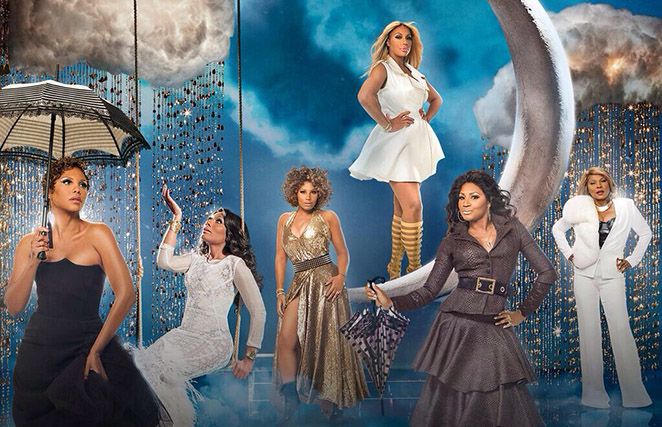 Braxton Family Values is a US reality television series airing on WE tv since 2011. The current fifth season of the show premiered on May 19, 2016. The series hails from Magical Elves Productions and is executive produced by Julio Kollerbohm, Michelle Kongkasuwan, Archie Gips, Dan Cutforth, Toni and Tamar Braxton and Vincent Herbert.

The show features the personal and professional lives of the extensive Braxton clan – matriarch Evelyn and sisters Toni, Tamar, Towanda, Traci and Trina. Their husbands, ex-husbands, children, other relatives and friends are also featured in the show which has been often compared to the Kardashians. It`s full of drama (considered to be scripted by most), but popular nonetheless. Marital troubles, family issues, birthdays, births and career developments in the entertainment industry and other fields – all of these and more are integral parts of Braxton Family Values.

The show has a 6.4/10 IMDb viewer rating and its viewership has been very steady over the course of the four completed seasons. It is delivering a solid average of approximately 1 million viewers per episode. There is also a spinoff of Braxton Family Values, Tamar and Vince, which was launched in 2011 and portrays Tamar Braxton, her husband Vincent Herbert and their son Logan. No announcements have been made regarding a sixth season of the series so far, but its stable popularity is definitely an indirect hint at a possible renewal. Stay tuned and we`ll inform you as soon as either a renewal or a cancelation is confirmed.

Subscribe to receive news and updates when a show is renewed or canceled. You will receive an automatic email when theBraxton Family Values season 6 Episode 1 release date is officially announced.

Share this with friends:
ReleaseDate.show » Release » WE tv is yet to renew Braxton Family Values for season 6
Related Serial
When Will

PBS is yet to renew Antique Roadshow for season 21