This article has the most up-to-date info on the status of Tyler Perry’s For Better or Worse Season 9 as we continuously monitor the news to keep you in the know. OWN is yet to make a decision on its future. Subscribe to our automatic updates below. 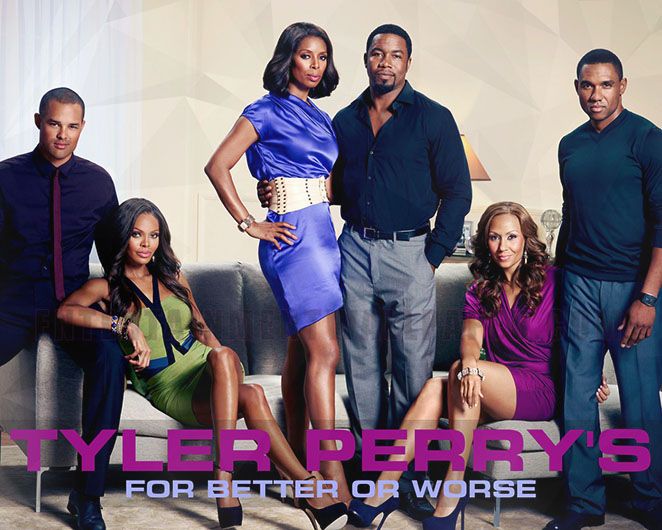 Tyler Perry’s For Better or Worse is an American dramedy series that follows the zany and sometimes tumultuous relationship of Marcus and Angela Williams as they deal with the challenges of married life. Written, directed and produced by Tyler Perry, the series first debuted on April 26, 2011 on TBS, but has been airing on the Oprah Winfrey Network (OWN) since the third season. The current eighth season kicked off on April 1, 2016.

Based on Perry’s 2007 film Why Did I get Married? and its sequel Why Did I Get Married Too?, the hilarious series revolves around a lovesick married couple, their extended family and friends. Marcus “MJ” Williams Jr. is a football player turned sports commentator. His wife Angela is the edgy and outspoken owner of a hair salon and hair care products. The sitcom has generated mixed reviews during its six season run. Despite a solid opening season, which drew a whopping 3.33 million viewers, the show has steadily dipped in ratings since.

The new season of the hit comedy series portrays Marcus (Michael Jai White) and Angela (Tasha Smith) as they consider expanding their family after learning that Marcus already has a daughter. The tight group of friends explores the joys and troubles of marriage, friendships and life in general.

Seasons 4 through 6 were disappointing ratings-wise, but the dramedy series made enough of a comeback in the seventh season to be picked up for a renewal. The show`s 7th season was, in fact, the #1 original series across networks in African American women and #2 in total viewers in the African American demo. Season 8 premiered to 724,000 viewers, and built up to 803.000 by the third episode. We have yet to see how the remaining episodes fare ratings-wise, and will inform you as soon as relevant information is announced.

The 10-episode eighth season of OWN network`s dramedy Tyler Perry`s For Better or Worse has concluded on May 25, 2016. The series has steadily increased its viewership over the course of the last completed season, having premiered to 720,000 viewers, and bowed out with 810,000 viewers. These numbers are more or less on par with the previous seasons` ratings. The show`s very popular with the viewers, and while there has been no word on the potential renewal of the series, there is an excellent chance of Tyler Perry bringing more of the three married couples` antics. Rumors had it that Oprah and Tyler had a conflict in mid-March, which might affect their close business relationship, but nothing significant has been further revealed so far. We will bring you the news as soon as any network announcements come out.

Subscribe to receive news and updates when a show is renewed or canceled. You will receive an automatic email when theTyler Perry’s For Better or Worse Season 9 Episode 1 release date is officially announced.

Share this with friends:
ReleaseDate.show » Release » OWN is yet to renew Tyler Perry’s For Better or Worse for Season 9
Related Serial
When Will