This article has the most up-to-date info on the status of Iron Resurrection season 2 as we continuously monitor the news to keep you in the know. Velocity is yet to make a decision on its future. Subscribe to our automatic updates below. 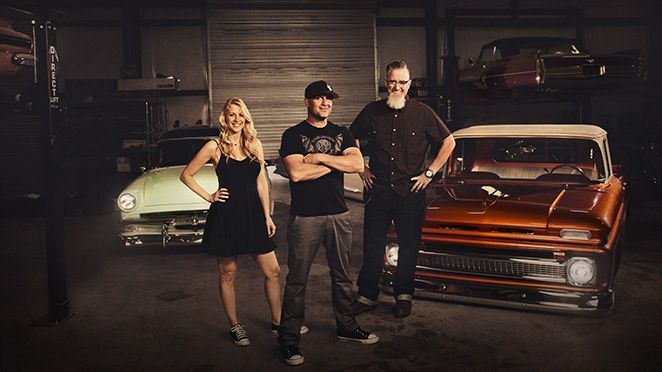 Iron Resurrection is a brand new automotive reality series that premiered on Velocity on April 13, 2016. The show is produced by Discovery Studios, and executive produced by Rob Kent and Peter Neal. The freshman season is slated to contain six episodes.

Wizard mechanic Joe Martin, who`s previously won Discovery Channel`s “Biker Build-Off” is in the spotlight of the program along with his crew at Martin Bros Customs – Shorty, Jason, Mike, Manny and Pompa, along with Joe`s wife Amanda, and best buddy Jayson “Shag” Arrington. They scout the countryside for busted, but interesting vehicles of all kinds and in all conditions, breathe new life into them and turn the cars into hot rod masterpieces.

The current season features the revival of a classic 1962 Chevy Stepside truck, a 1964 Lincoln Continental, a 1973 Pontiac Firebird, and several other cars. Iron Resurrection premiered to 283,000 viewers, and has not lost any significant number of viewers throughout the first three episodes. The show has a 0.1 rating in the 18-49 demographic. Iron Resurrection features resourceful handymen with a vision and the skills required to materialize that vision, which is always an optimistic sight even if you aren`t a great fan of hot rods. And if you are – this is the show for you! The future of the series is still undecided at this point, so please stay tuned for relevant announcements from Velocity.

Subscribe to receive news and updates when a show is renewed or canceled. You will receive an automatic email when theIron Resurrection season 2 Episode 1 release date is officially announced.

Share this with friends:
ReleaseDate.show » Release » Velocity is yet to renew Iron Resurrection for season 2
Related Serial
When Will